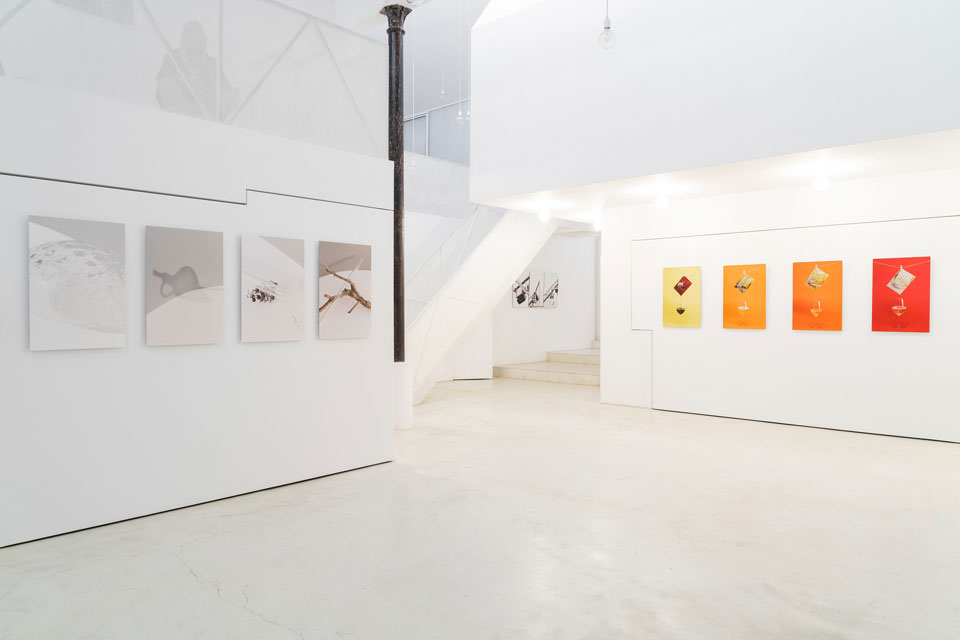 The project “Wine. Beyond Objects” was presented on Wednesday the 3rd of April at the Capitolare library in Verona. It was created by the Master of Photography of the Brera Academy of Fine Arts in Milan, and was commissioned by the Zenato Academy - a permanent laboratory of study and experimentation in the cultural field and photography in particular, an ideal place to support young artists.

The exhibition took place in Milan from the 8th to the 18th of April 2019 on the occasion of Salone del Mobile at the Bottega Immagine. On Friday the 12th of April five scholarships with the value of 1000 Euros each were awarded by the Zenato family to the young photographers that participated in the project.

The intimate connection between the winemaking traditions and experimentation, is reflected in the form of art as part of the Zenato Academy project that “Wine. Beyond Objects” that will be followed by three other “experiences” in collaboration with various international photography schools.

Five students of the Brera Academy, Giacomo Alberico, Cecilia Del Gatto, Alessandra Draghi, Cesare Lopopolo and Anna Vezzosi, under guidance of the professor and art critic Luca Panaro, have explored the objects that are used in wine production, giving them another meaning and purpose by reevaluating them in a new way beyond their original conventional use. This is how the land of Lugana and Valpolicella, the vines, equipment, wooden barrels, tools and glass containers became something "beyond" their primary function through the photographic imagination and the unique interpretation of five young creative people.

"This is a new project, a new challenge, fueled by the desire to look “beyond” what we already know - declares Nadia Zenato -. It was very rewarding to see the young creative people at work, focusing on the exploration of the new meaning that goes beyond the specific function of the mundane objects of our daily work lives".

"We had faith and invested in the extraordinary potential of the land of Lugana and its indigenous grape variety during the times, when it was absolutely unknown, - continues Zenato - in Valpolicella we have embarked on a path based on research and innovations, recovering the ancient winemaking tradition that rooted there. Our passion has always led us to intertwine the work of winemakers with the respect of the territory and a natural interest in beauty and art, all of which led to today’s photographic exhibition “Wine. Beyond Objects”.

“Photography, more than any other language, has the ability to transfigure reality - explains Luca Panaro -. This means that the objects represented in photographic images should be interpreted in a different way with respect to their traditional function. I have chosen to look at objects as a source of knowledge, necessary to represent the techniques, culture, and economy of winemaking, but also objects as a simple source of wonder."

The choices made by each of the 5 artists led to the revival of forms that represent abstraction. Giacomo Alberico's photographs entitled "Se nell'attesa" ("If While You Wait"), show the casks stored in Zenato's cellar. They have been photographed so as to reveal their aesthetic component and the physical relationship that exists between these grand, noble vessels. In the series "Méscita" ("Pour"), Cecilia Del Gatto depicts the glass and the different chromatic gradations of wine as they become the main characters of the image. Along the way, she creates a parallelism using the classic colors of Italian artistic tradition. Alessandra Draghi brings our attention on to a common winemaking object, the wine thief, hence the title of the work, "Ladro" ("Thief"). It's been photographed on set with other natural elements plucked from the terrain. Cesare Lopopolo's "Le cose sensibili" ("Sensitive Things") are mechanical implements, an imposing presence indicative of the winery landscape. Finally, there is Anna Vezzosi with her series "Punti di origine" ("Places of Origin"), she takes us back to tradition: the land, the first bottle of Lugana from 1973, and a white circle that shows us the roots of the indigenous grape vine.